Yes, you read that correctly. Unlimited access to everything you need to become certified. 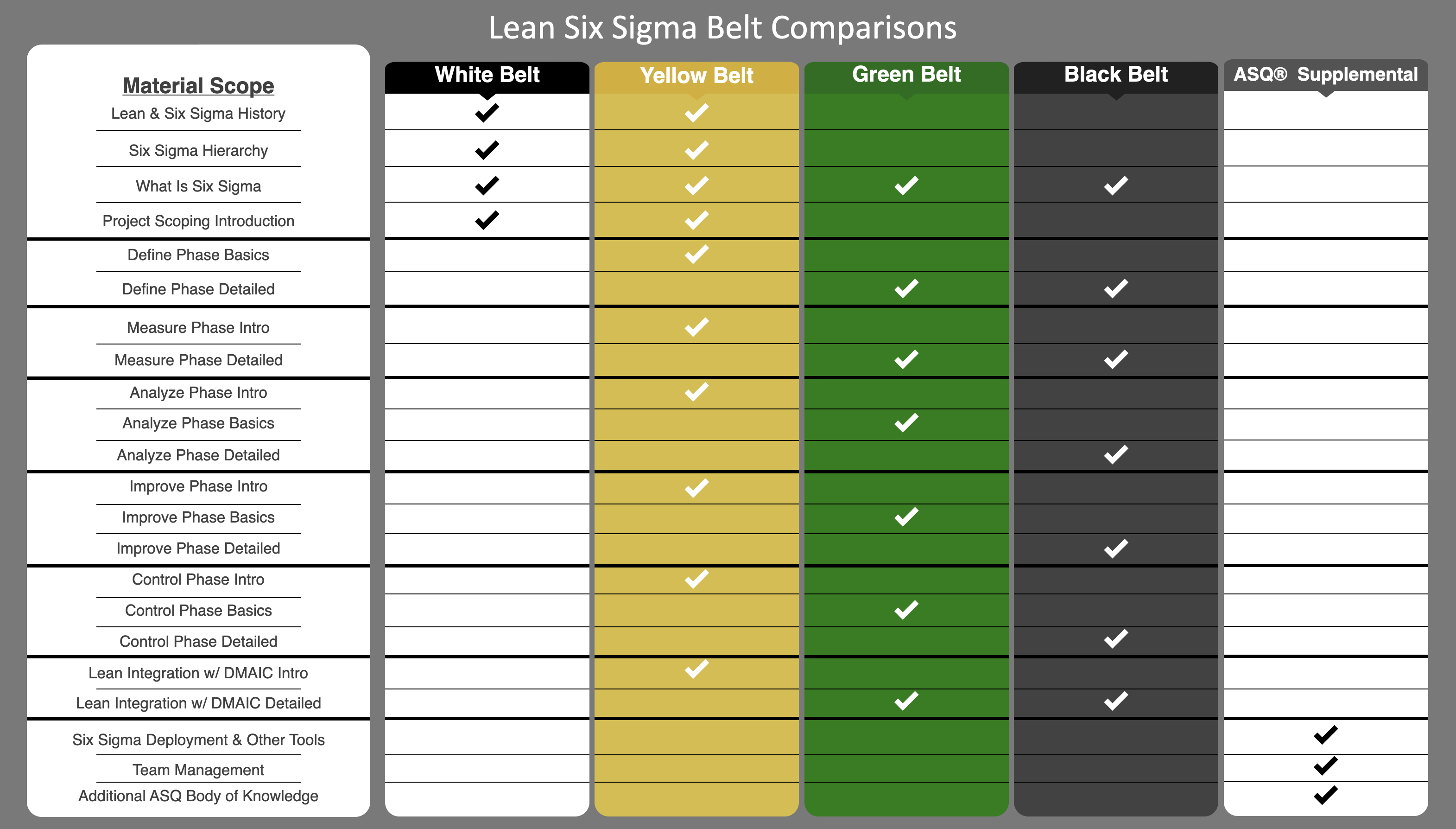 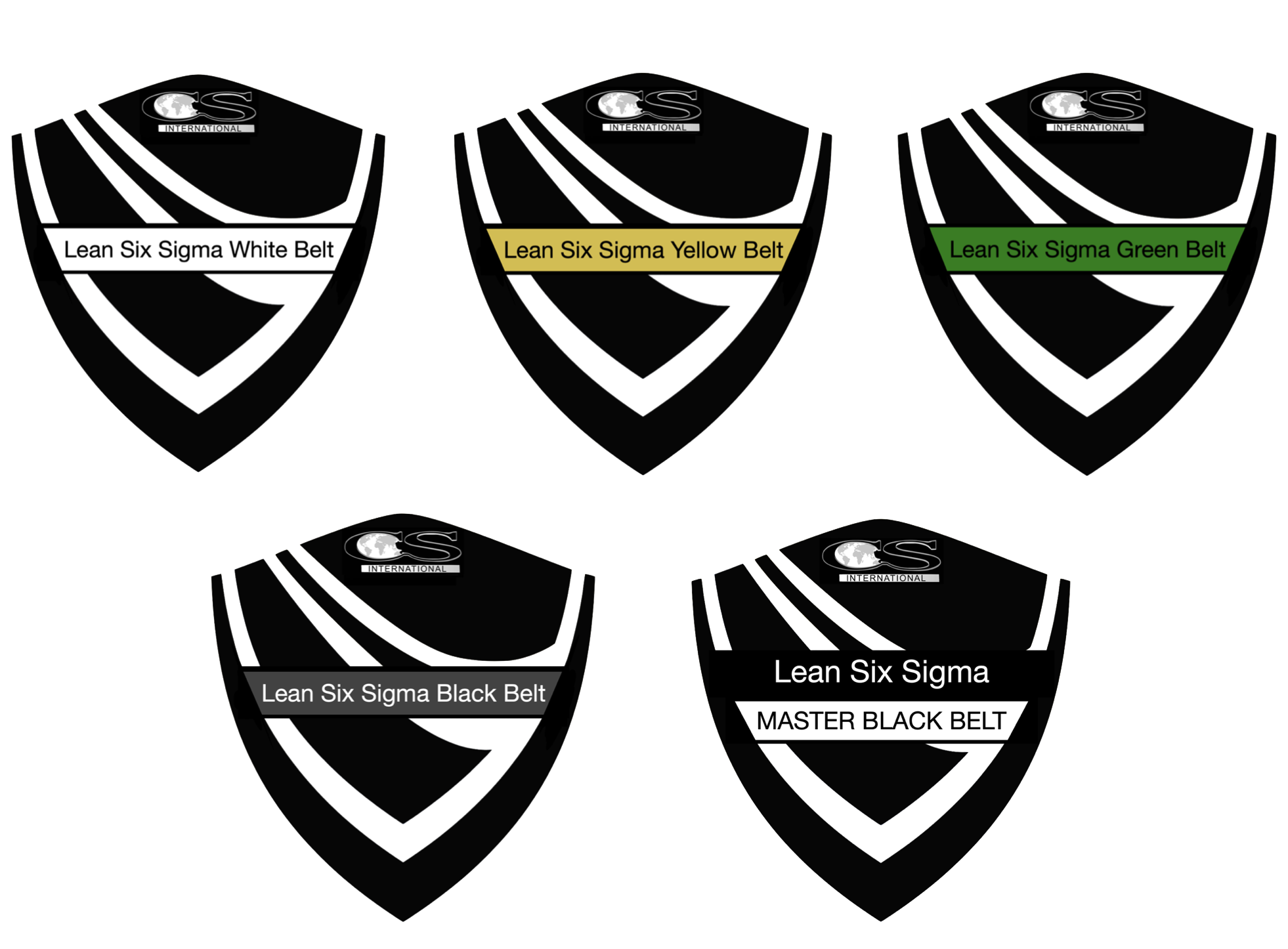 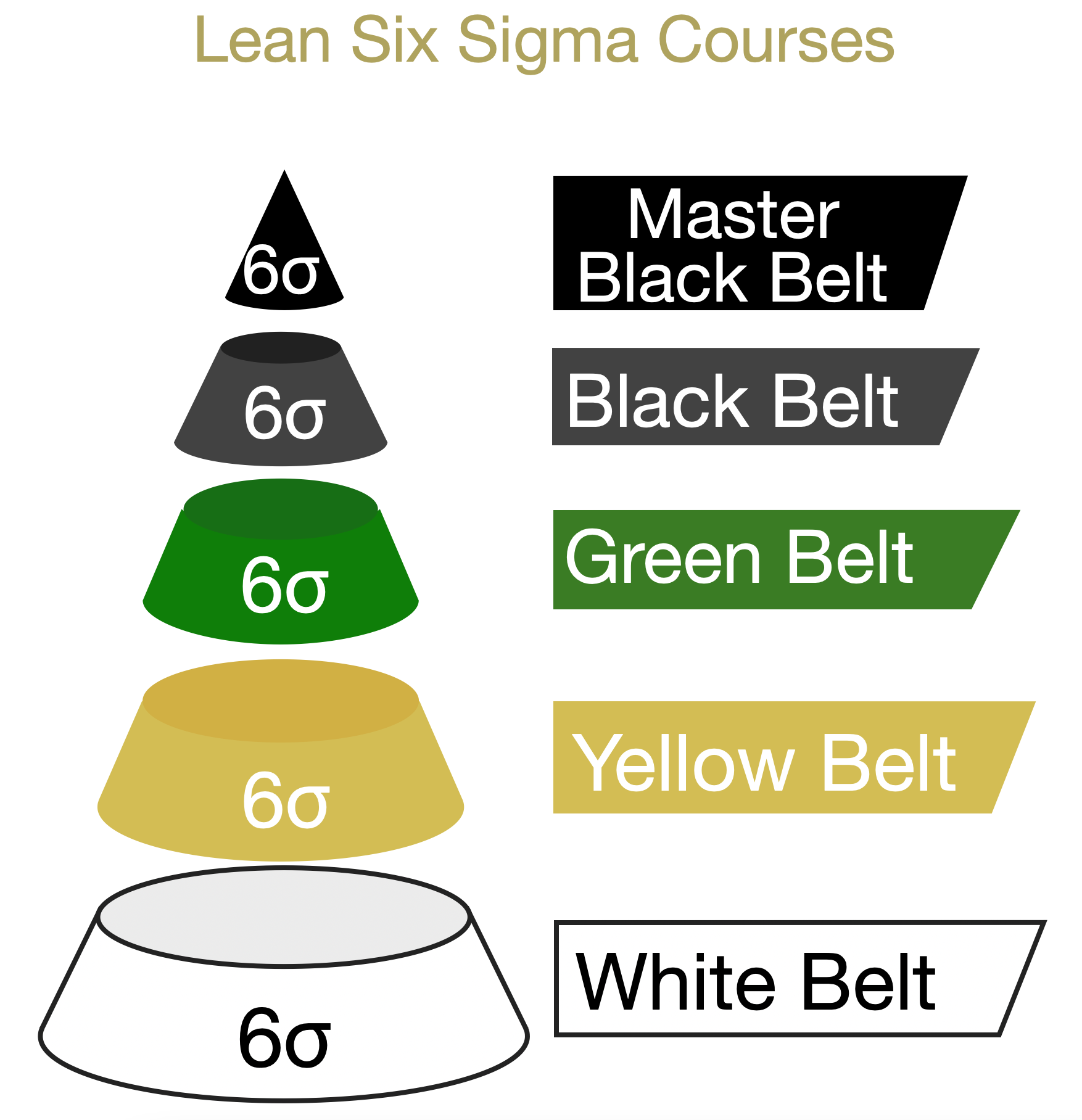 Yes, Our Lead Instructor/Course Creator is an Original Co-Founder of Six Sigma Methodologies, and more… 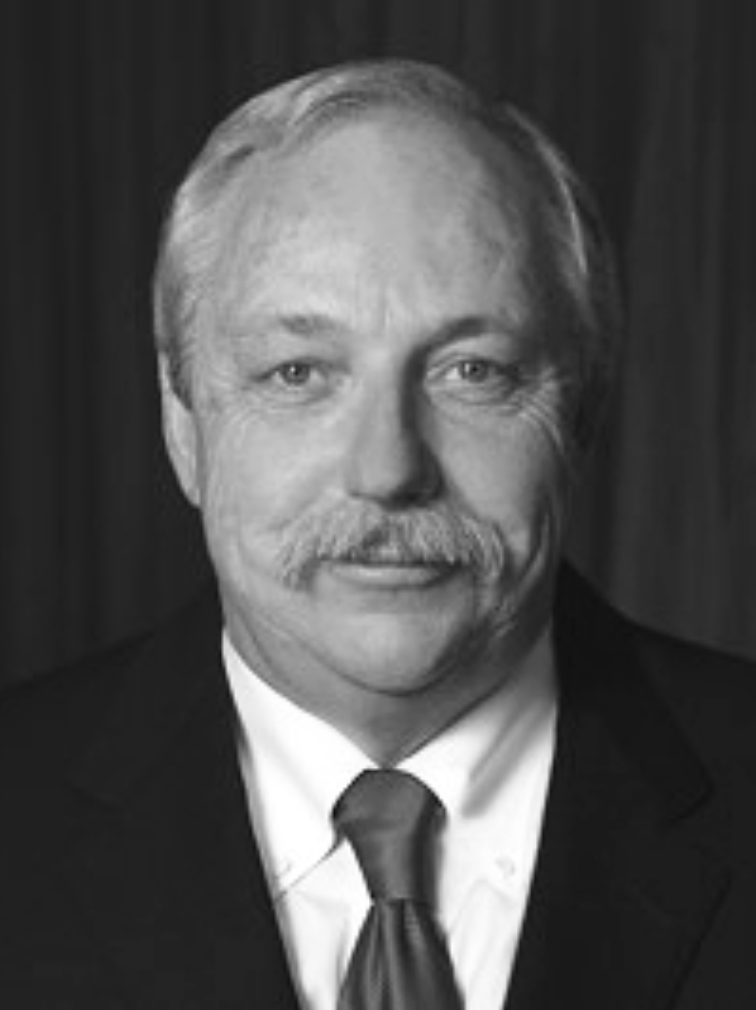 If you want Excellence to be the cornerstone of your Lean Six Sigma curriculum, where better than the Fountainhead?

Would you expect to find someone who worked alongside W. Edwards Deming (Founder of ASQ and possibly the greatest legend in all of business analytics and improvement)? Would you seek a Co-creator who stood shoulder-to-shoulder with Bill Smith (exchanging “Continuous Improvement” Statistical Control and coining the term “Six Sigma” as we know it today)? Would you want a pioneer who practiced Six Sigma since its inception? Would you want the best, who helped spearhead General Electric’s deployment of Six Sigma during the heady days of Jack Welch?

I would want all of the above, if such a person existed. The good news for us is that he does! It’s truly Vanguards’ great honor to declare that our Lead Instructor and Six Sigma Courses Creator is Mike Carnell.

Mike began his career in the Continuous Improvement disciplines in the early 1980s’ while employed at Motorola, which was at that time the crucible of the development of Six Sigma methodologies. The list of global programs/projects and deployments is truly unbelievable (Target, GE, Starbucks, Miller Coors, JP Morgan, LG, BP, & Allied Signal Automotive to name a few). This makes him one of, and in our very humble opinion perhaps, the most experienced operations improvement providers in the world today. Mike is an accomplished speaker, author, and a leading expert in the field of business excellence and sustainable improvement. He is a trainer and coach in Lean, Six Sigma, and Continuous Improvement, and has taught executive programs in leadership and organizational development with a number of leading companies within various industries around the globe.

All of the following Lean Six Sigma Courses Prepare Students for IASSC® & ASQ® Exams (combine LSSGB or LSSBB with our Supplemental ASQ® Course to prepare for ASQ® LSSGB or LSSBB, respectively)*

*For Non-Deployment Exam Prep (Deployment Courses are available upon request).

Pre-Requisites: None (You might consider earning your Lean Six Sigma Green Belt first) 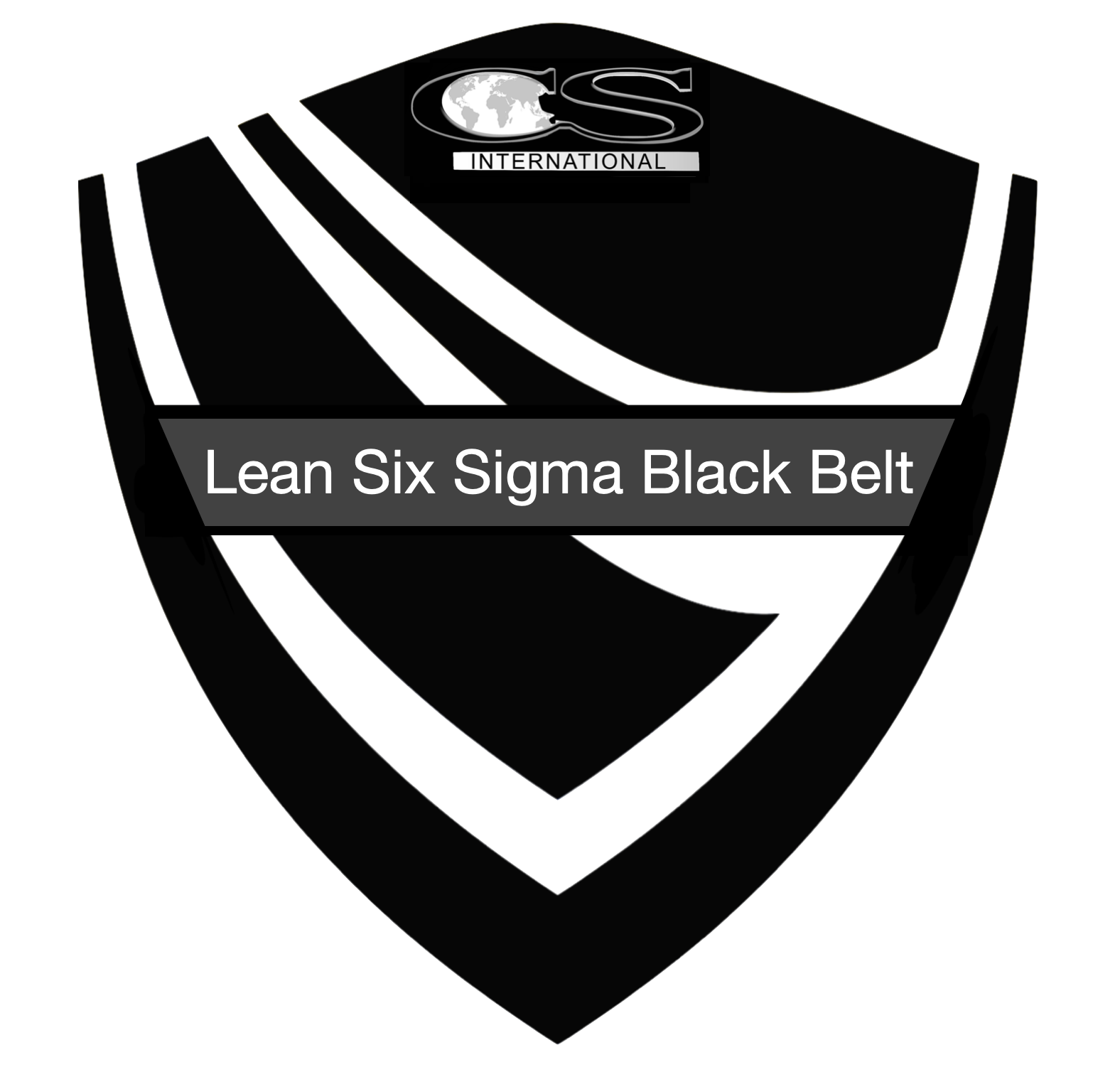 The Lean Six Sigma Black Belt learns to lead problem solving projects and to train and coach project teams. This Body of Knowledge course will fully prepare you to take and pass the IASSC® Lean Six Sigma Black Belt exam.  This course includes a full 150-Question Practice Exam, the same standard as IASSC®.  When taken with our ASQ® Supplemental Concepts course, you will be prepared for the ASQ® LSSBB exam.

Pre-Requisites: None (You might consider earning your Lean Six Sigma White Belt first) 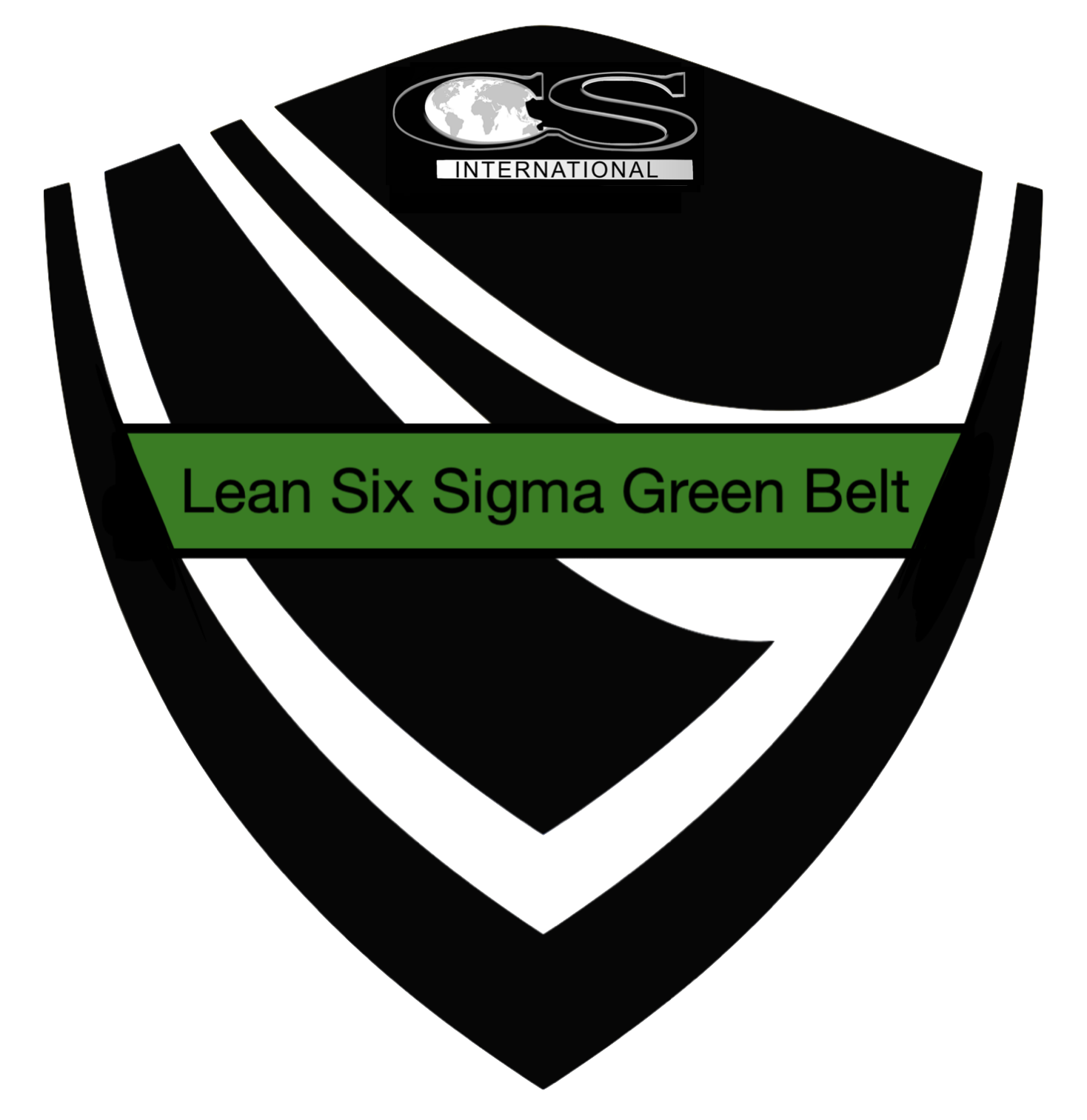 The Lean Six Sigma Green Belt student learns to assist with data collection and analysis for Green Belt projects. We suggest you be a Lean Six Sigma Yellow Belt before you take this course.  This Body of Knowledge course will fully prepare you to take and pass the IASSC® Lean Six Sigma Green Belt exam.  This course includes a full 100-Question Practice Exam, the same standard as IASSC®.  When taken with our ASQ® Supplemental Concepts course, you will be prepared for the ASQ® LSSGB exam.

Pre-Requisites: None. However, this course builds on our LSSGB & and LSSBB Exam Prep courses.

There are no pre-requisites to sign up for the class, however, this is a supplemental course. This course adds materials that are on the ASQ® LSSGB/LSSBB exams which were not covered in our subsequent Vanguards-CS International LSSGB & LSSBB exam prep courses. We do suggest, at a minimum, you take our free Lean Six Sigma White Belt Course.

Our ASQ® Supplemental Concepts course is self-paced with Lifetime Access (we don’t revoke access, our competitors do).

You will receive a course completion certificate upon successful completion of this course. This is an exam prep course and upon completion, coupled with the corresponding LSSGB and/or LSSBB exam preps we offer, you shall be able to take and pass the ASQ® Lean Six Sigma Green Belt and Black Belt exams. 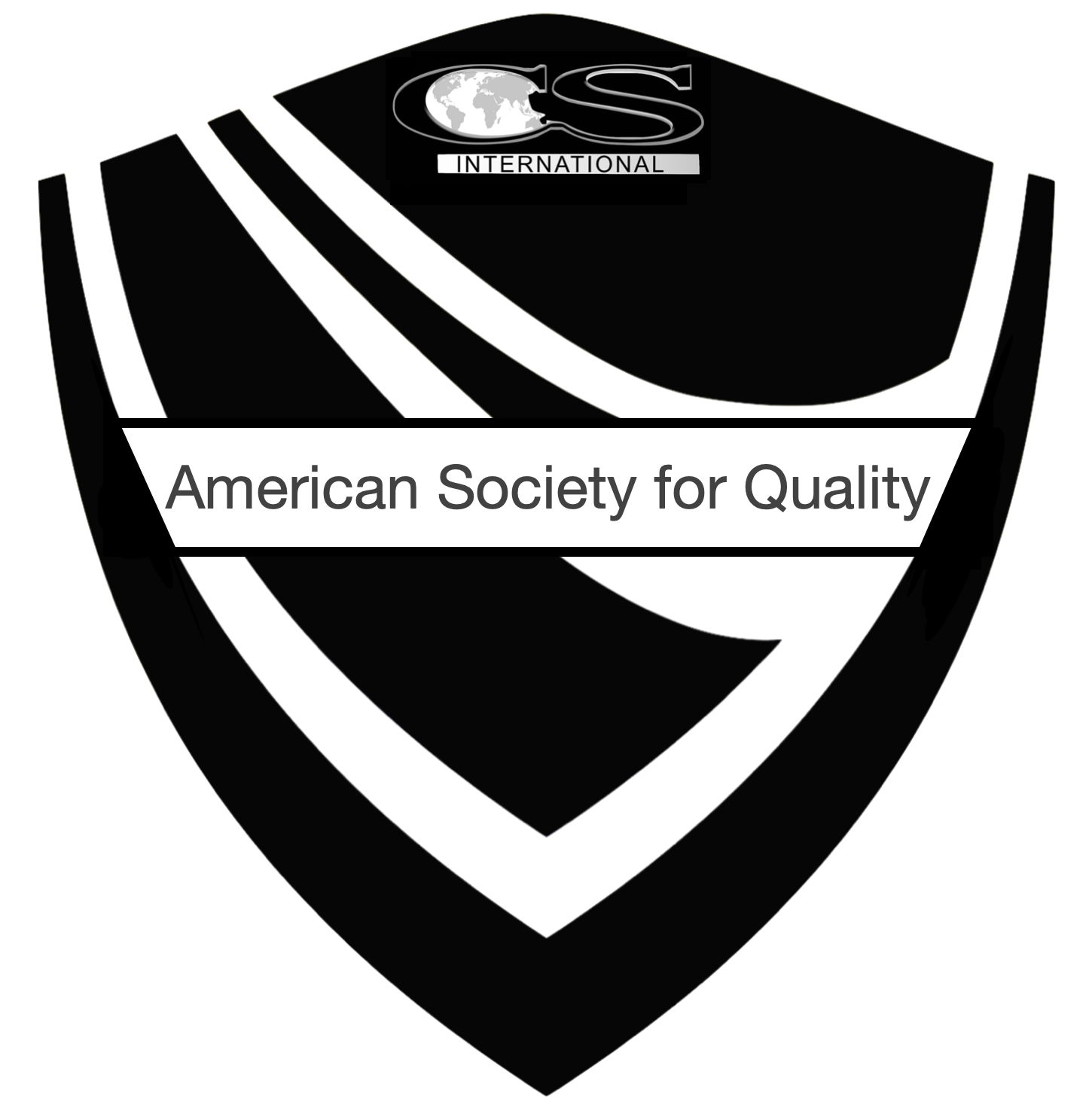 Why Should I Take The ASQ® Supplemental Course?  –>

Pre-Requisites: None (but we suggest that you be a Lean Six Sigma White Belt first) 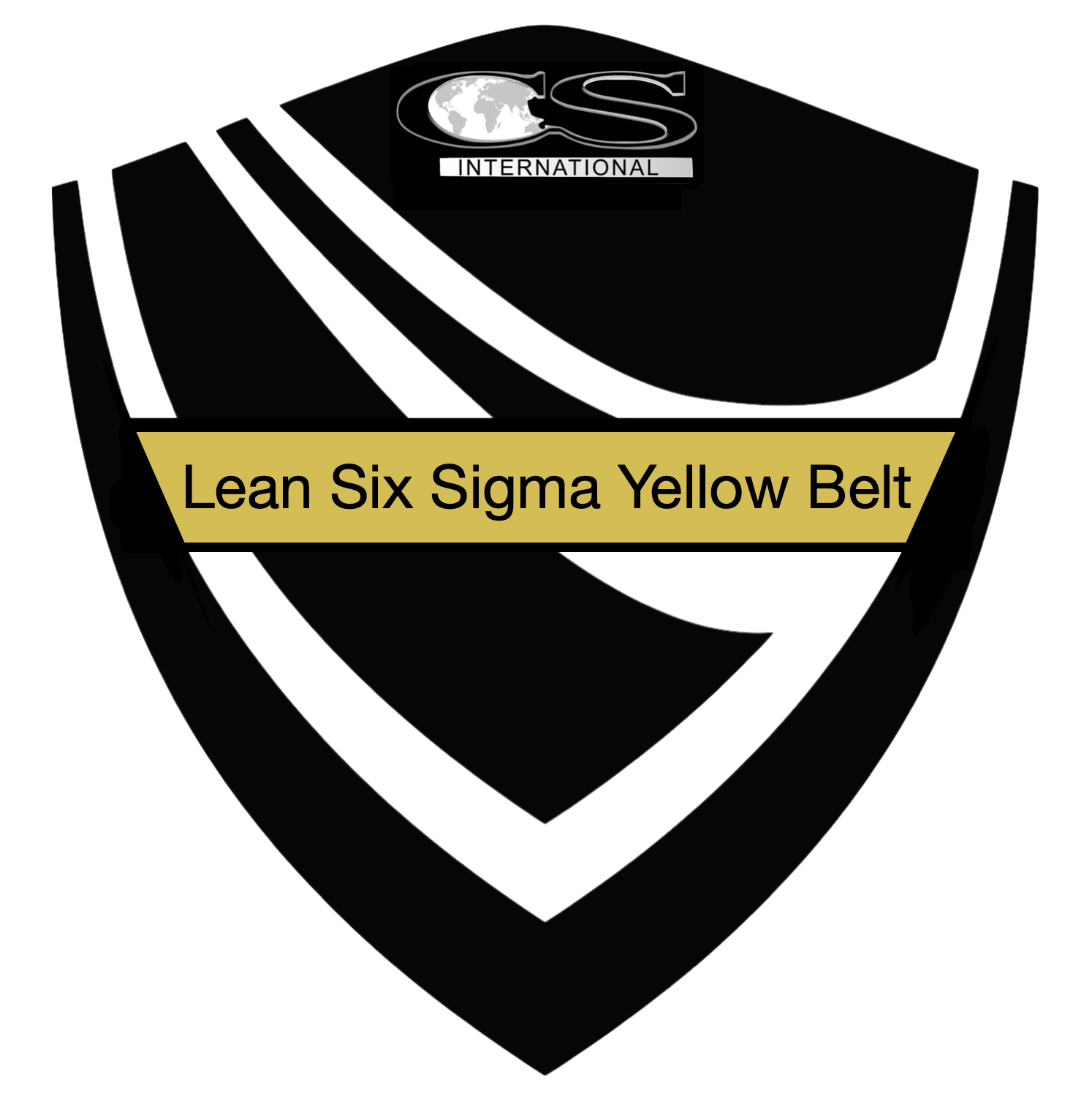 The Lean Six Sigma Yellow Belt student learns to lead simple Six Sigma Projects, review process improvements, and participates as a project team member.  We strongly suggest you be a Lean Six Sigma White Belt before you take this course.

Pre-Requisites: None. We suggest you begin your Lean Six Sigma Journey here! 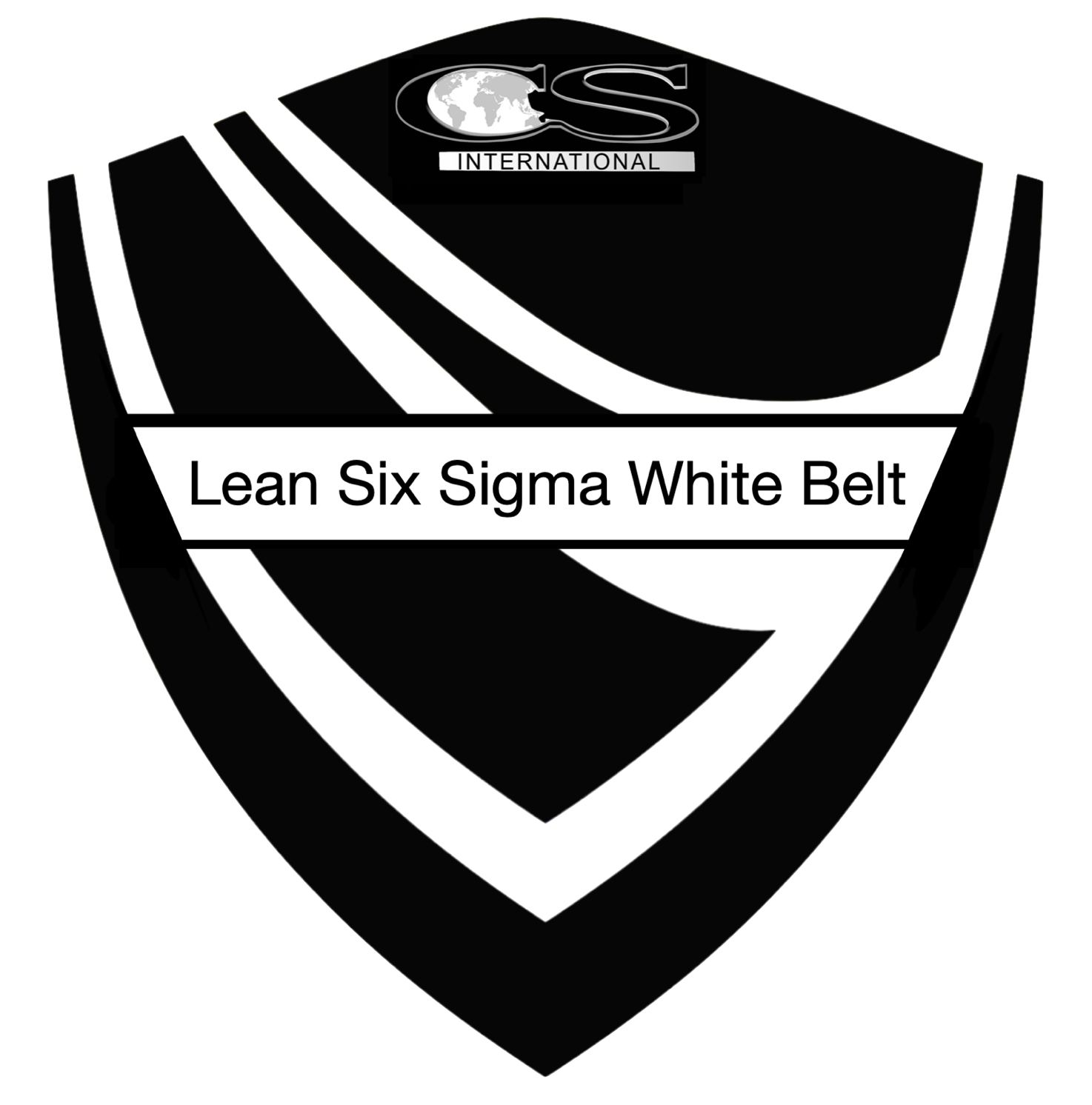 The Lean Six Sigma White Belt will learn the basic Lean Six Sigma concepts and can work on solving local problems, and will be ready to be a project team member after their next step of becoming a Lean Six Sigma Yellow Belt!

We strongly suggest you begin your Lean Six Sigma Journey here if you do not have adequate knowledge and familiarization with fundamental quality concepts of Lean Six Sigma.  And the best part is…it’s FREE! 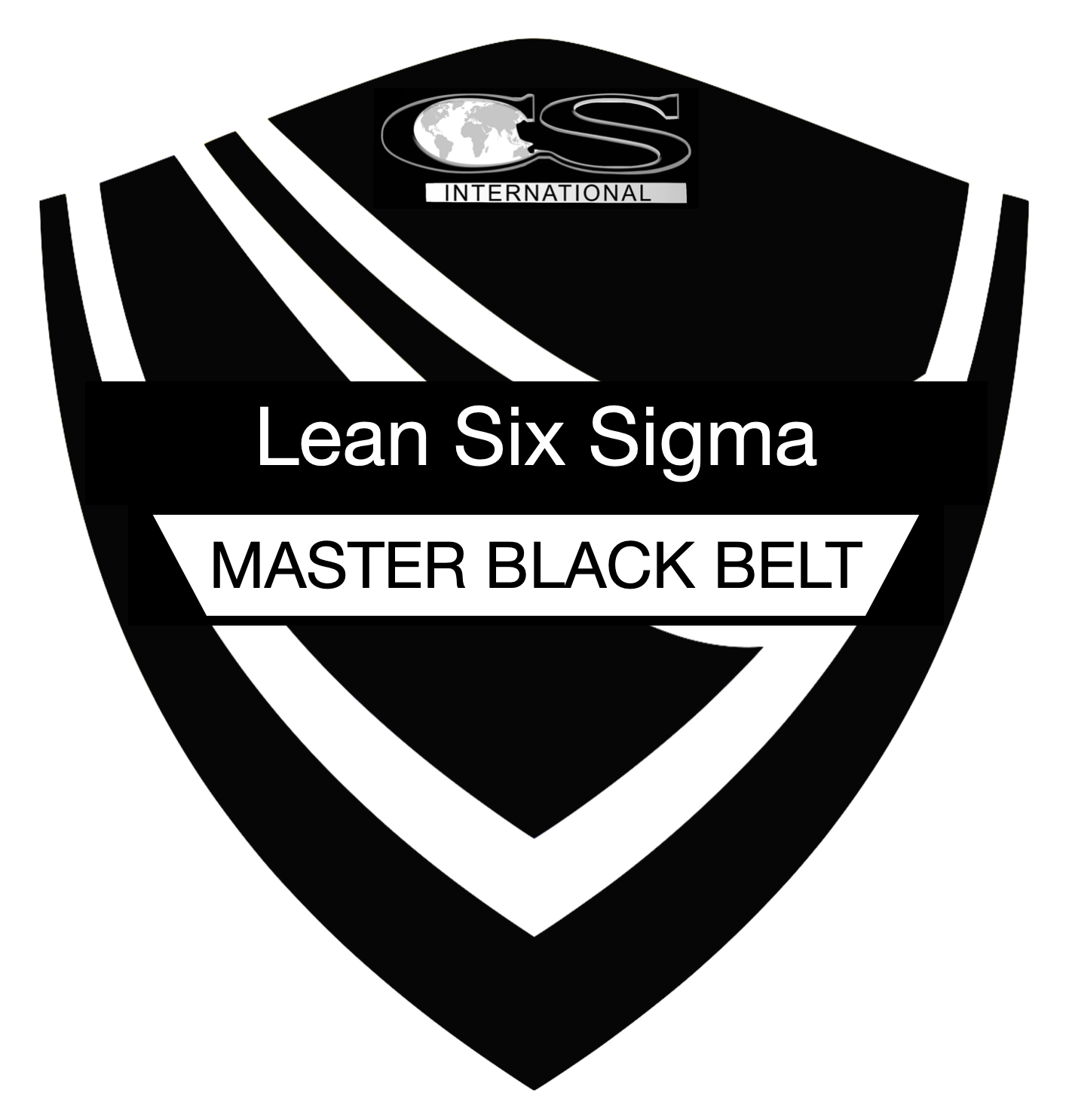 The Lean Six Sigma Master Black Belt learns to engage problem solving, process improvement, train multi-layered organizations, and assist Program Managers in goal realization.  You must be a Lean Six Sigma Black Belt before you may take this course. 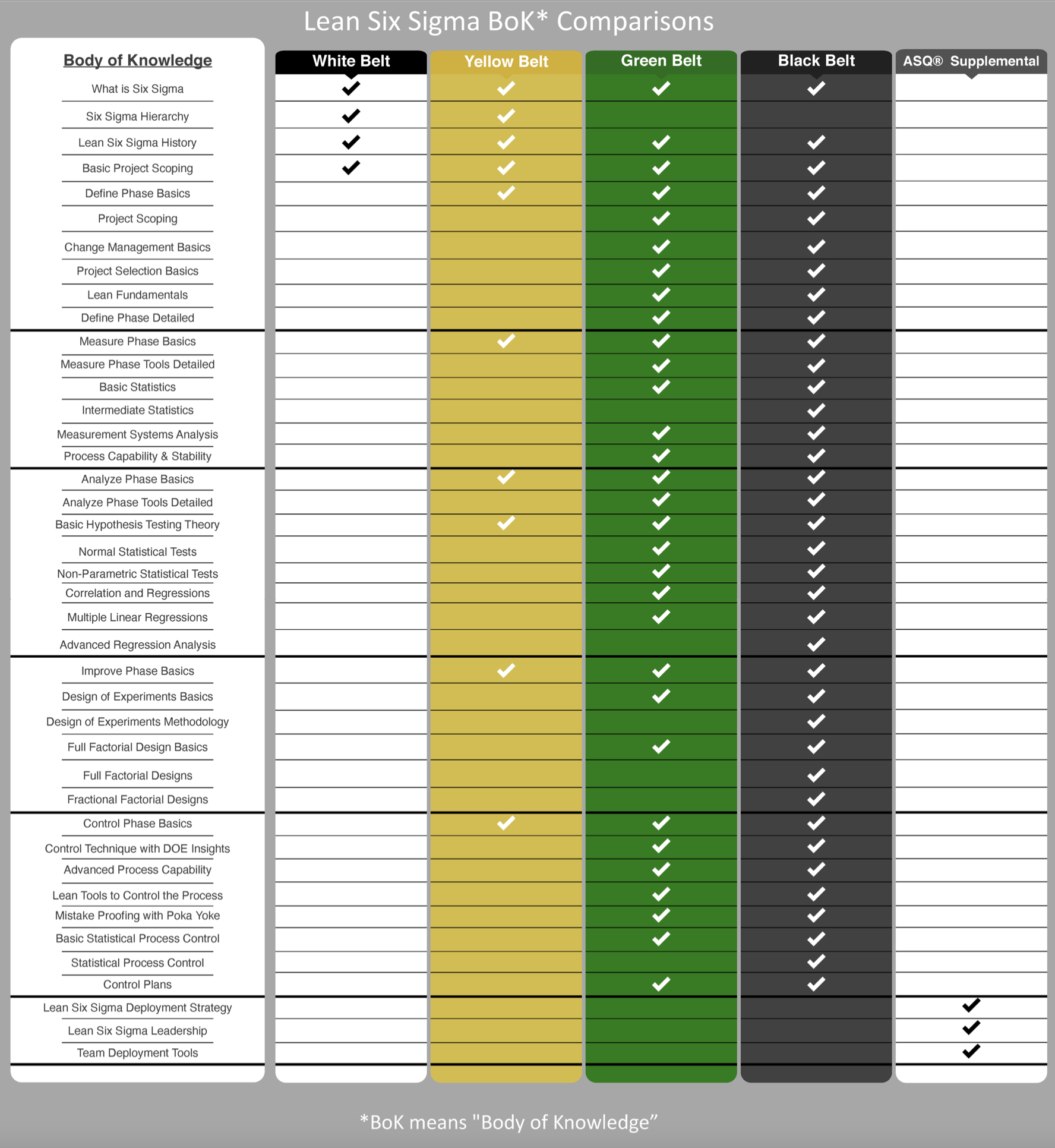 Note: If multiple belts show the same body of knowledge, the depth of learnings increase with the degree of “belt”

Those who have completed our LSSGB and/or LSSBB exam preps and are interested in earning the American Society for Quality (ASQ®) LSSGB and LSSBB certification should consider our supplemental ASQ® Six Sigma Course.

Why is there an ASQ® Supplemental Concepts Course? 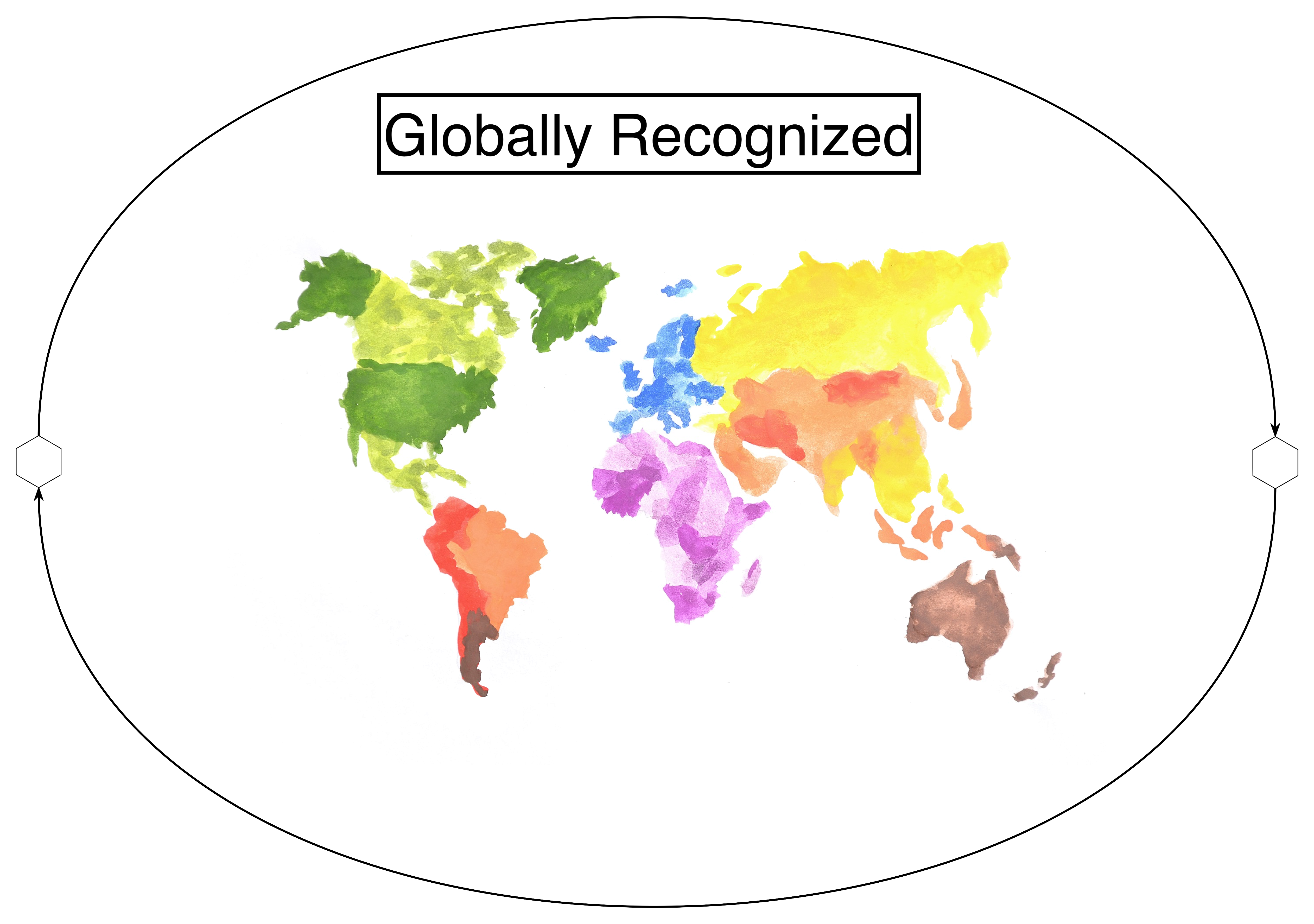 Our LSSGB and LSSBB exam prep courses meet all IASSC® exam prep requirements. However, as the ASQ® exams cover more concepts, we offer this supplemental ASQ® Supplemental Concepts course to bridge that gulf. 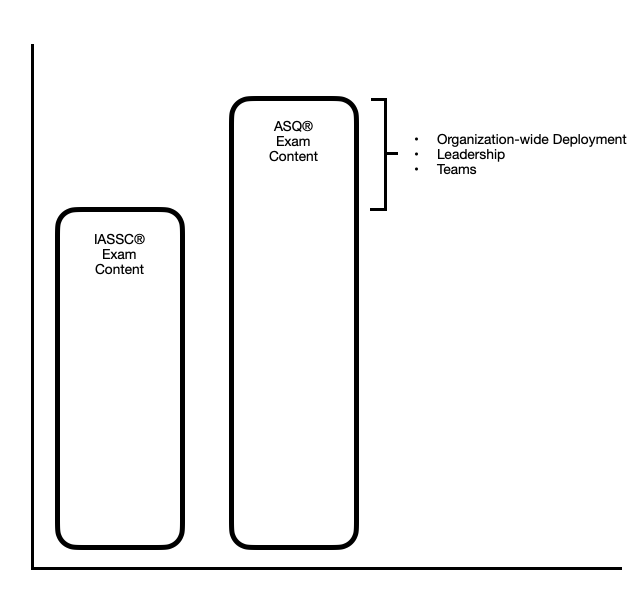 Why Take This ASQ® Supplemental Course?

Enterprise-level deployments are the among the most versatile, and ensuring the upper strata of competence is the rampart of successful solution delivery.

Full-time College/University Students* and Military Veterans** get a 10% rebate. This rebate only applies to individuals* and not groups. For a group discount, please call below.  Chapter 31 Veterans are Pre-Approved (read more)!

*Full-time College/University Students are those attending an accredited institution offering a minimum of an Associates Degree or equivalent or higher and are attending on a “full-time” basis as defined by accrediting agencies and the institution itself.

**Military veteran rebates only apply to US Armed Forces Veterans who were not discharged dishonorably and are ultimately paying at their own expense. Rebates do not apply to Veterans who have another entity paying on their behalf (ex: Work, Dept. of Veterans Affairs, Tuition Assistance, COOL Program, etc). Veterans must show a valid Military/Veteran ID (ex: Dept. of Veterans Affairs) and/or DD-214 w/ “Discharge Status” section visible and no redactions except first 5-digits of their SSN.

Your training comes with a 100% Satisfaction Guarantee!*

*Partner-delivered courses may have different terms that apply. Ask for details.

what some of our students had to say

“I was one of Vanguard’s students for the PMP® prep course. The teaching style of the instructor was very engaging, and he used both great examples and also humor to help make the main points memorable. He went out of his way to make sure you have all the tools you need to be successful on the test. Most importantly, he helped me pass the PMP® exam on my first try!”

“I took Vanguards’ PMP® class and they did a great job. The instructor taught with passion and commitment. He was engaging and keeps your interest the entire time. I followed his guidance, studied as he said, and I passed the PMP® exam on the first try.”

“This course is everything that it is advertised to be. As long as you stick to the plan outlined by Vanguards, you’ll pass the PMP® exam on your first try. I highly recommend this course to anyone who is serious about getting their PMP® certification. I also plan to take the Project Vanguards PMI-ACP® course”.
a

LEARN WHAT IT TAKES TO 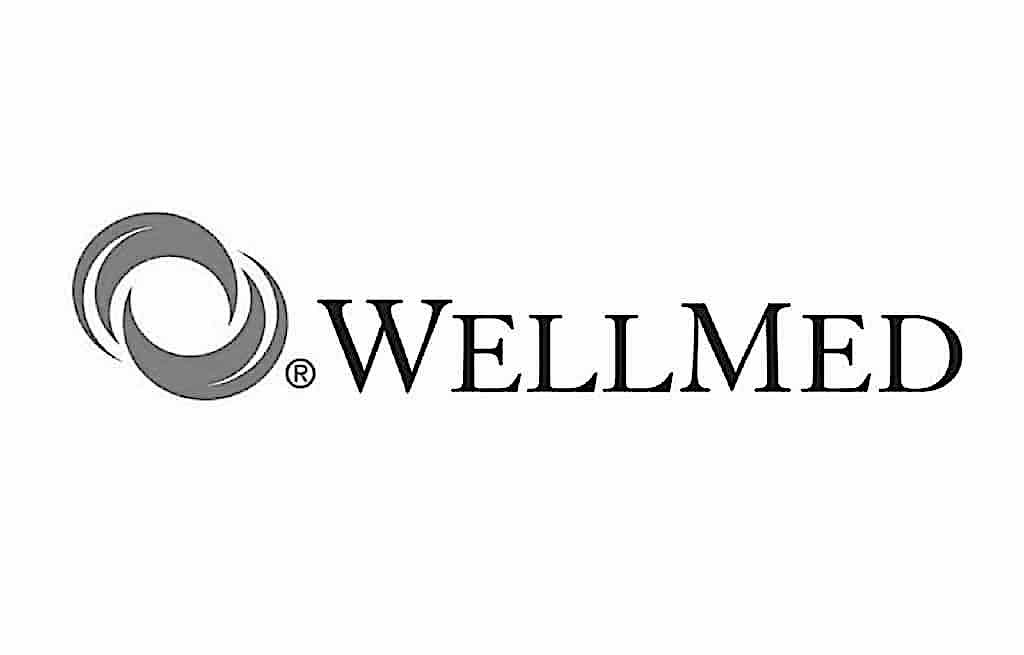 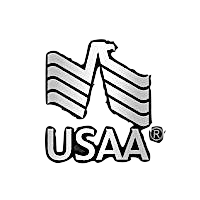 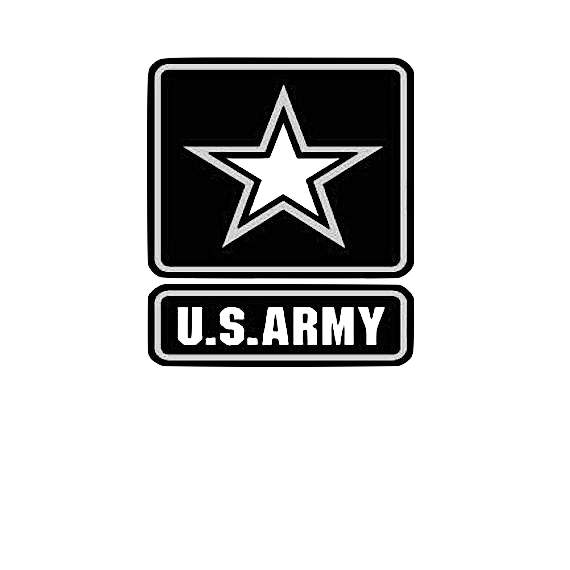